ISIL map 2015 for Civilization V (BNW). This is true map of middle east region in 2015. Islamic state (ISIL) conquest large areas of Syria and Iraq. Other countries like Turkey, Egypt, Iran, Saudi Arabia are officially at war with ISIL. You will start at 2015 a.d.

Scenario is based on real map of Islamic state 2015: 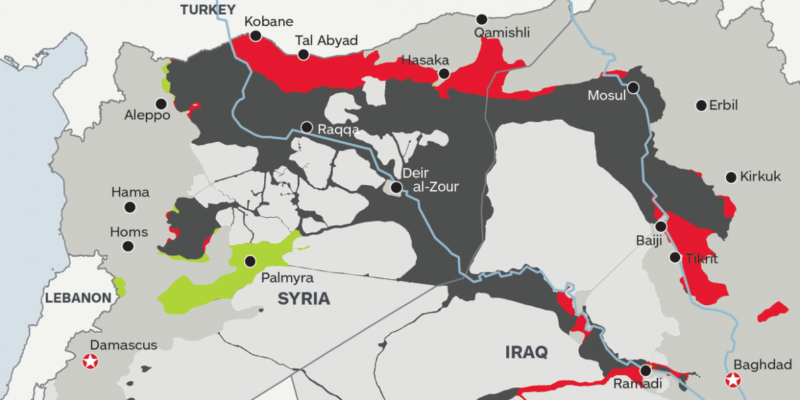 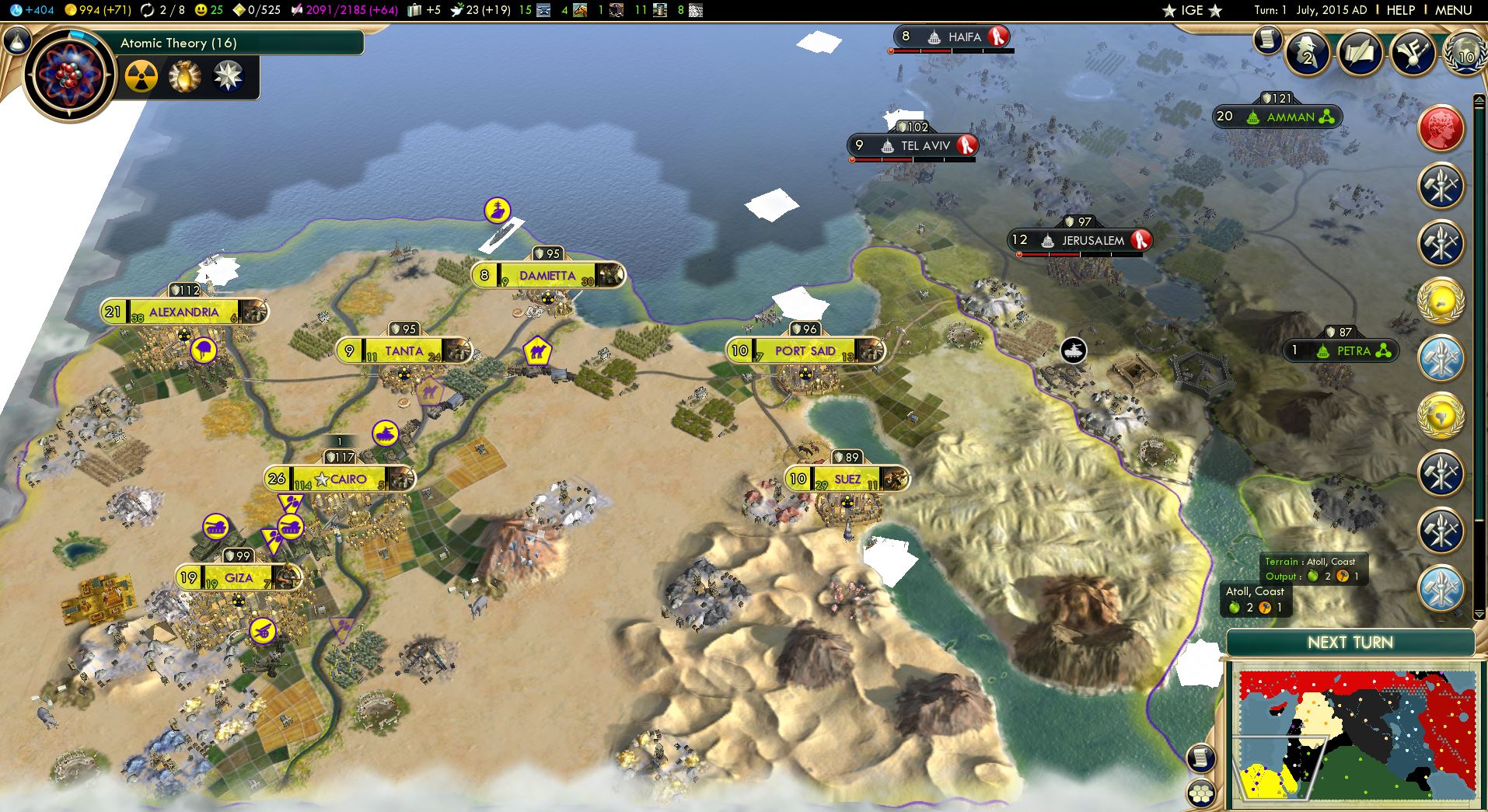 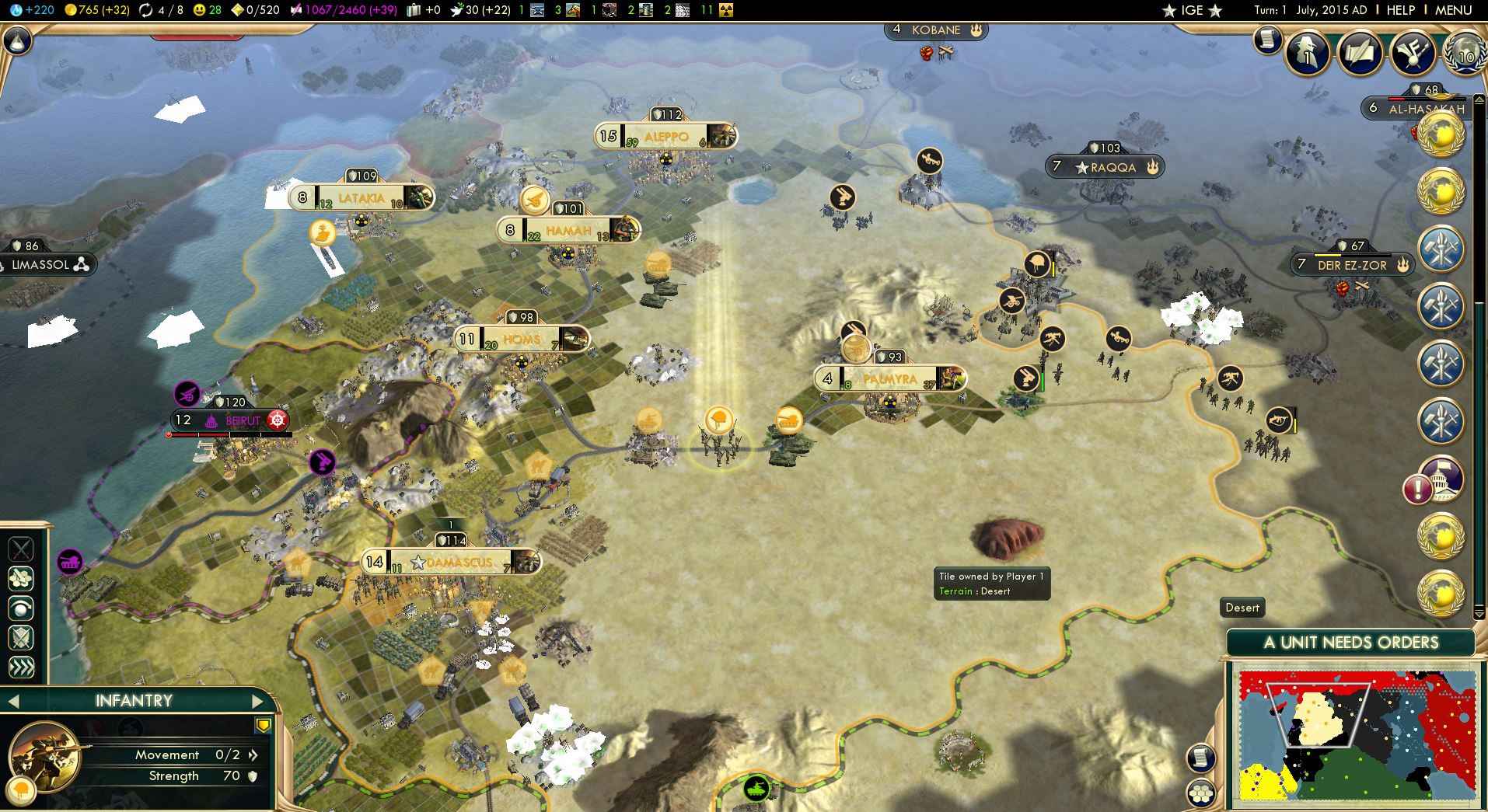 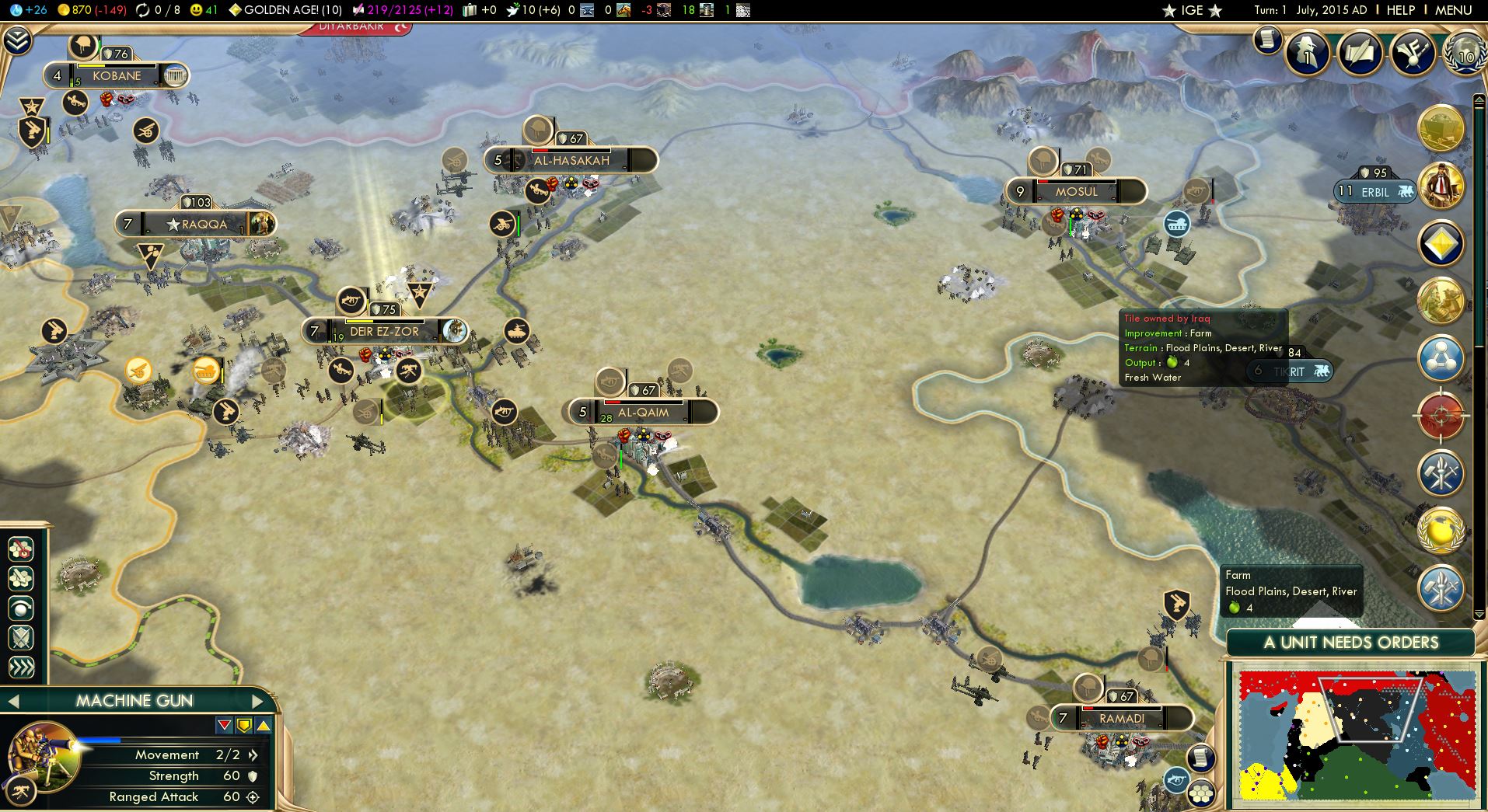 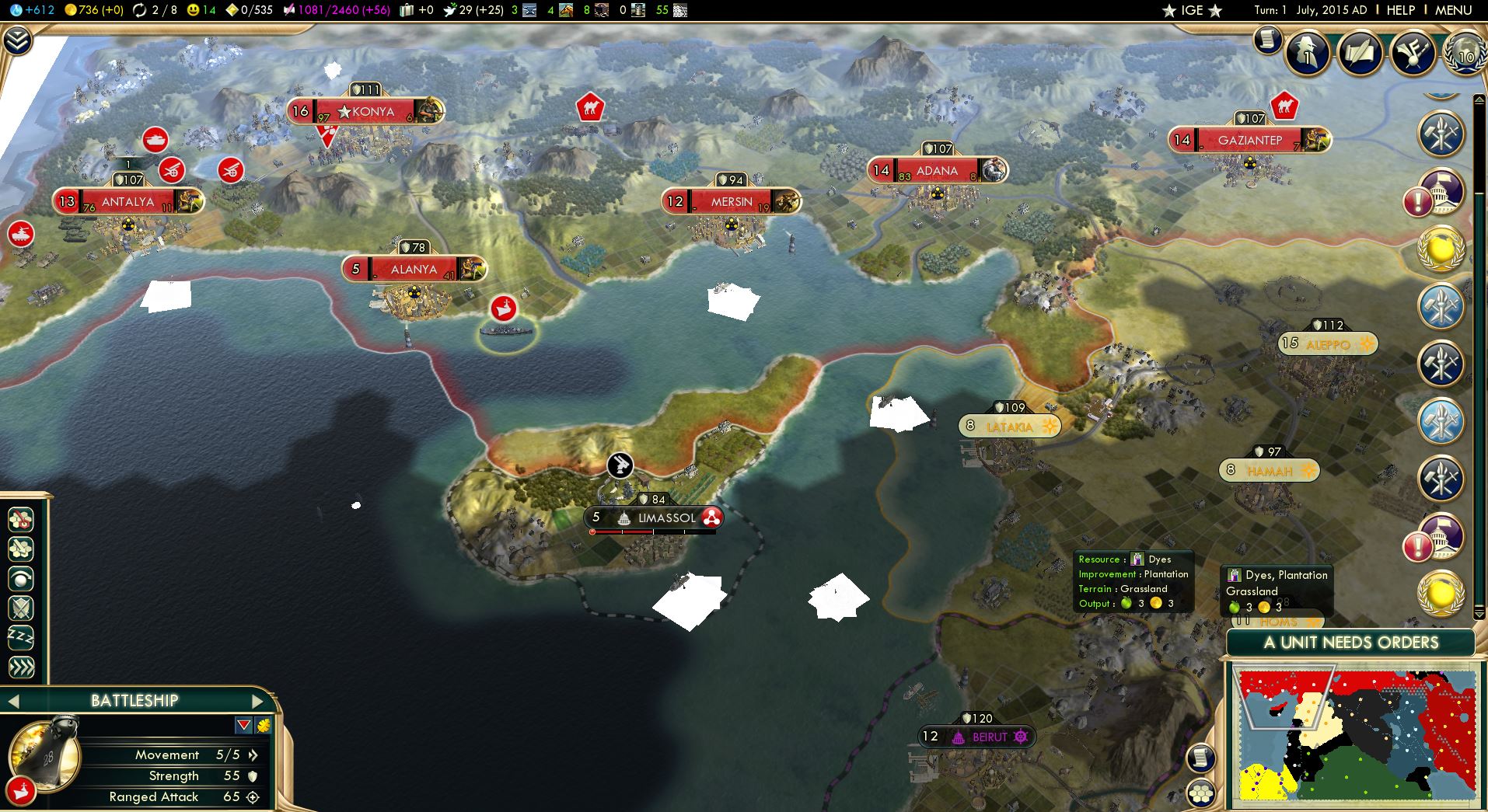 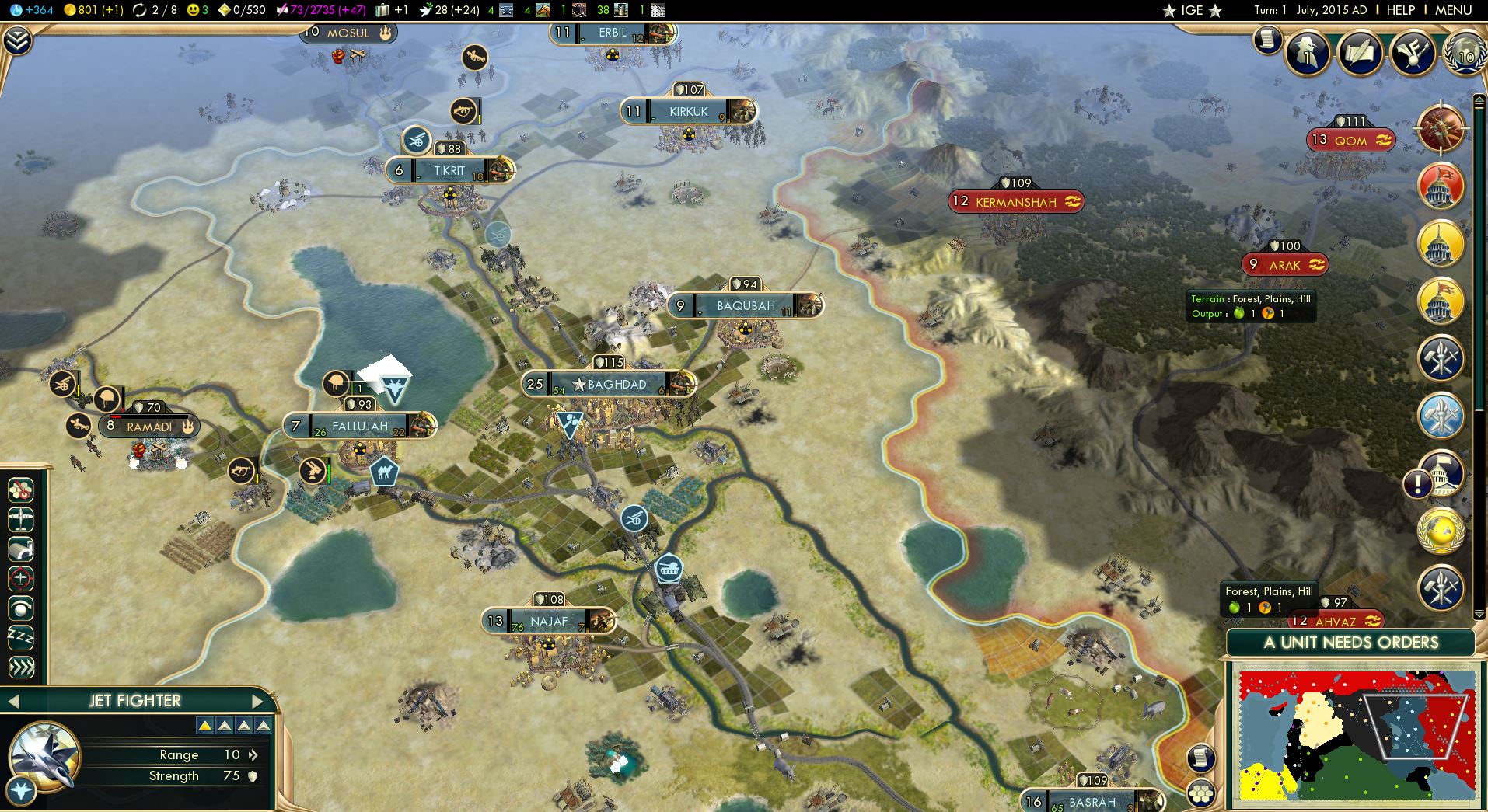 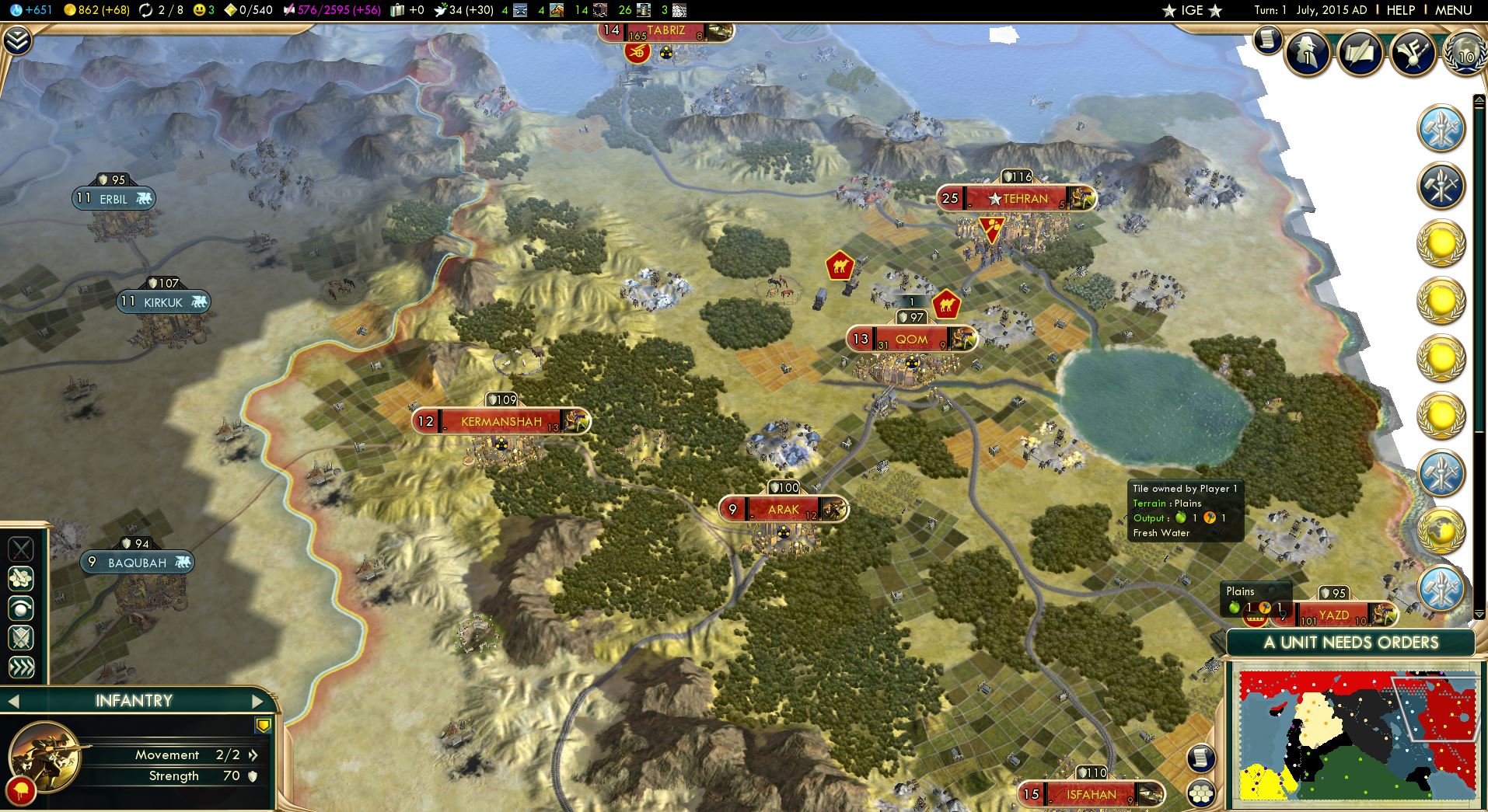 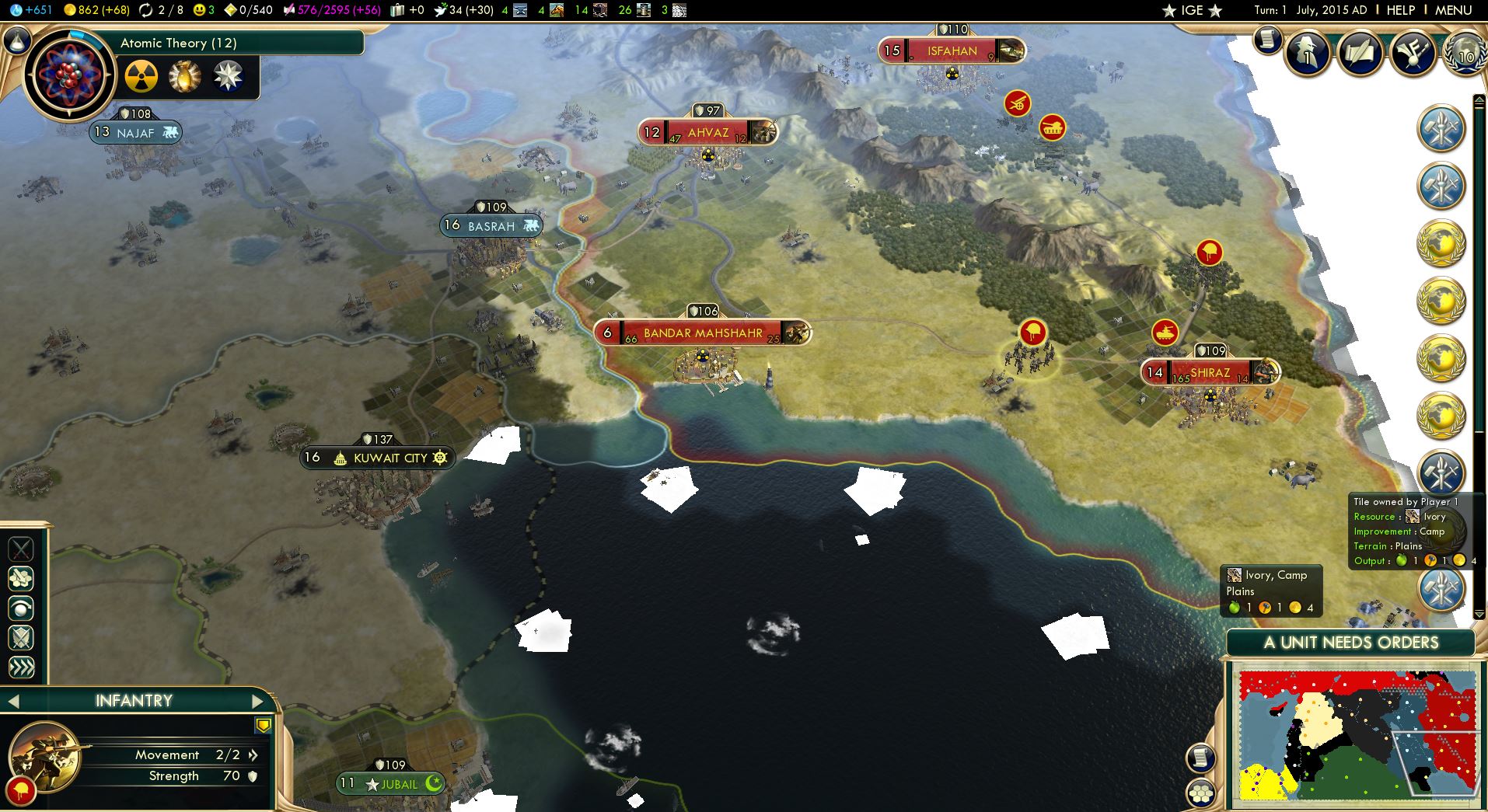 Known bugs for Isil map 2015 scenario:
Years counted +40 for every turn. I recommend to use some time mod.